Non-finish in Darwin disappointing for Wayne 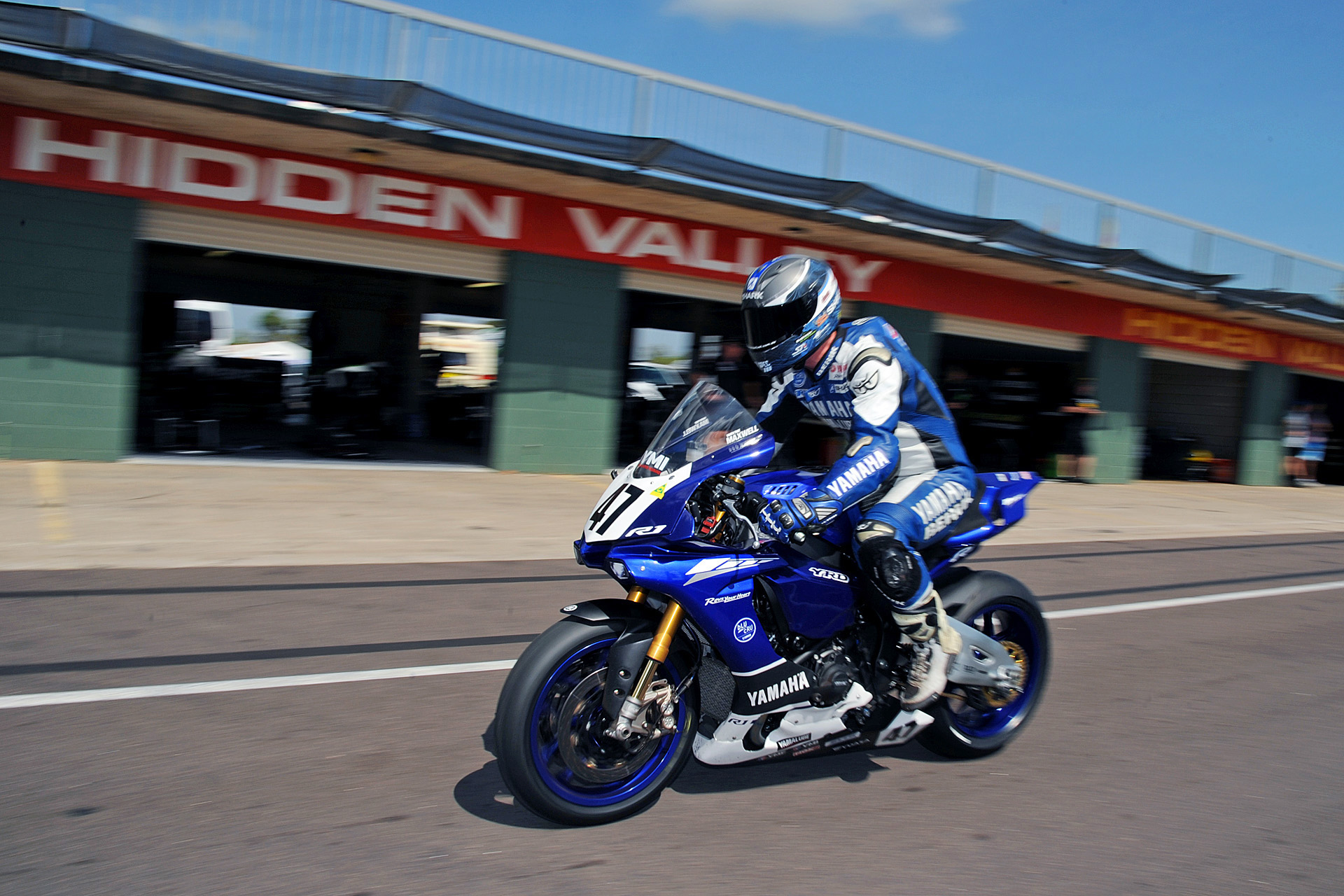 Wayne will face an up-hill battle in the fight for the 2017 Yamaha Motor Finance Australian Superbike Championship (ASBK) presented by Motul Pirelli title after crashing out of race two in Darwin.

The 2013 champion was well in the frame for victory after setting Friday’s pace and then qualifying third to complete the front row of the grid, however starts largely impacted his progress on Sunday.

Maxwell picked his way through the pack for third in the opening encounter – setting the fastest lap of part two following the red flag – but crashed while in fourth and chasing down Bryan Staring for position in the mid-stages of race two. Despite his DNF, Maxwell sits just 22 points outside of the series lead with three rounds to run, however he knows it will be a challenge to bridge the gap again from this point.

“We were trying to make ground after a bad start,” Maxwell told CycleOnline.com.au. “There’s nothing to blame, it’s just I made a mistake trying to push on a little bit too much, so the positive of it is that we had good pace, I could match the front guys, I just had bad track position. In hindsight I maybe should have just settled for fourth or backed it off and rode that pace out through to the end – see what we could do.

“Massive apologies to everyone at Yamaha Racing Team, it’s not how we wanted to finish the weekend and it’s really put a damper on our championship. It’s going to be really hard from here on in to close that gap up. We’ve already been 30-odd points behind once and closed it to nine, but now we’re back out to the same again.

“We’ll try to come back at Morgan Park, a track that’s hard for us to win, but we’re going to have to change the strategy in what we’ve been doing with the bike and make it so it’s easier to race when we’re in a pack. In clean air the bike’s good, but in a pack we’re struggling. We’ll revisit the drawing board and hopefully come out at Morgan Park with a better package.”

With new points leader Troy Herfoss dominating at Morgan Park last year and now armed with Honda’s revamped SP2, Maxwell said he will continue to refine his approach with the YZF-R1M in its third full season of development.

“We need to get to turn one with the front guys and we need to not give away free time in some sectors of the track,” he added. “We’re so much stronger than the other guys in some areas, but giving up a lot of that free time in other areas. We’ll revisit out strategy with the R1M as I said and come out at Morgan Park with the package to run at the front.”